Home » Blog » How to Achieve Product Development Success via the MVP

How to Achieve Product Development Success via the MVP 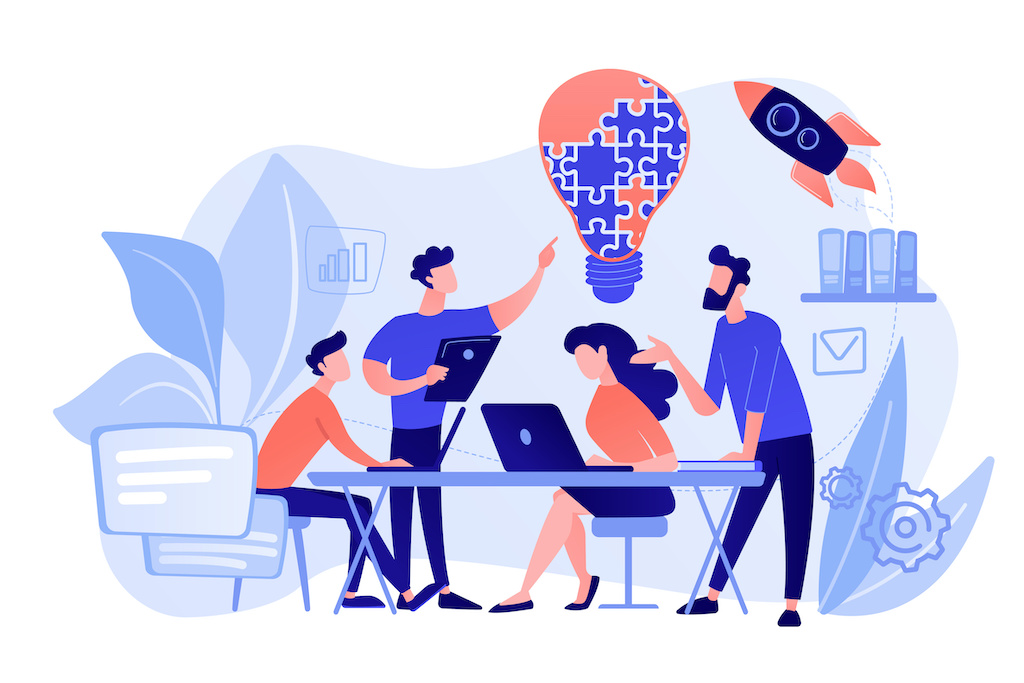 (This is the first in a series of three posts examining the startup journey from MVP to full-scale product, with real-life examples).

One of the main reasons so many tech startups fail is because they neglect to check whether there is a need for their “brilliant” service or product in the first place.

As many as 42% of startups fail because they hadn’t verified that there was a market need for their product. They may spend months or even years developing a product, which turns out to be of no relevance to anyone. The only way to avoid this is by testing your product in front of real users as quickly as possible before forking out a lot of money on product development.

Many successful companies – including legendary startups such as Airbnb, Dropbox, Facebook and Amazon – have avoided this pitfall by adopting what is known as the Minimum Viable Product (MVP) approach.

The lean startup methodology has become a powerful, if not pivotal, concept for product development, particularly in the IT world.

What is an MVP?

The term MVP was first used by start-up consultant and author Eric Ries in his startup guide: The Lean Startup. Building an MVP has become a central part of what soon became known as the “lean startup” approach and is used by startups, as well as mid-market organizations, in their journey towards building successful mobile, PC, web and other software solutions.

Ries defined an MVP as that version of a new product that allows a team to collect the maximum amount of validated learning about customers with the least amount of effort.

In other words, a minimum viable product (MVP) is a version of a product with just enough features to be usable by early customers or early adopters, who can then provide invaluable feedback for future product development. The concept can be used to validate a market need for a new product or for incremental developments of an existing product. As such, it is not limited to startups, but can also be used by midmarket companies to launch products, services or features.

The same principle is also referred to as Agile by some programmers. Others call it the “fail fast” approach. Whatever label you use, the premise is to test your own assumptions about a product by getting feedback from real customers with the least effort and as quickly as possible.

The MVP follows a so-called build-measure-learn loop; the goal is to provide an immediate benefit to target customers while minimizing development costs and using data to add user value over time.

Why should startups care about building an MVP?

Anyone thinking of launching a product or service or upgrading a current service wants to be sure that it has a decent chance of success to avoid wasting time and money on something that no-one wants.

Benefits of an MVP include:

What are the key components of an MVP?

To summarize the definition of an MVP above, these are the three key characteristics of an MVP, according to Technopedia:

What is NOT an MVP?

Sometimes companies think they are implementing an MVP, but their understanding of what constitutes an MVP, is flawed and it doesn’t work.

An MVP is not just a product with half of its features missing. Releasing a bare bones product that is not viable at all will only alienate potential users. By focusing on the minimum part of MVP rather than the viable part of the definition, many companies release products that aren’t viable enough to enable any learning about whether customers will use the product.

It is also not just a way to push a product to market sooner. It’s not something you build only once, but a process to constantly be reassessed and adapted.

Who should use an MVP?

An MVP approach is well suited, though not limited, to tech startups, including late stage startups or mid-market software companies, because tech users are often keen to give practical feedback on how to improve a product. MVPs are also increasingly used in verticals in the informatics industry, such as gaming products, which are built according to initial user feedback as their communities expand.

However, the MVP concept is by no means limited to technology companies and can easily be applied to other industries and even to test internal target audiences, for example when a home services company plans to implement an internal business analytics program.

How to choose an MVP and implement it correctly

As always, strategy is the best place to start by ensuring the MVP is aligned with the company’s strategic goals. It’s important for the startup or business to ask themselves: Why are we doing this project? What are we trying to achieve?

Which features should an MVP have?

The next step is to prioritize the opportunities identified above and to determine the MVP features. MVP product development includes only the features that will most quickly deliver the most value to the most users. It should not include additional features.

By using a prioritization matrix of which there are different models, features are prioritized to decide which ones should be part of the first release of your MVP.

Need help building an MVP? How we created an MVP for Fuzzy

If you are not sure how to create an MVP for your startup and you are looking for a technology partner, our team at REEA Global is highly experienced in identifying and building MVPs for startups as one of the first building blocks in the startup’s journey to releasing the best possible product to the market.

One of the clients we helped build an MPV for is Fuzzy – a private sharing platform where people can express gratitude and love for friends and family without the exposure of typical social media platforms.

Fuzzy founder Joe Mechlinski, a NYT best-selling author, says: “We had been developing the concept for a few years. We’d completed some basic designs but needed help getting the project off the ground. REEA guided us through a process of defining and then prioritizing our goals and the platform functionality so we could then determine what must be included for the product to be a true MVP.”

Co-founder Erica Mechlinski adds: “Once the project scope was defined, REEA completed the documentation, design, engineering, testing, and analytics required to launch the Fuzzy MVP and begin the process of validating the concept.”

REEA Global is a full-service, international team offering software development, analytics, and data transformation from concept to launch. In addition to having a large team, providing instant scalability, all US clients work with a local partner-level lead who has launched dozens of products, started companies, raised money and sold companies. We are one of you. We are not consultants; we are builders and entrepreneurs.

If you’d like help building or completing your MVP or with any aspect of digital transformation, give us a shout.

Also, read the second in our series of three posts: When is the MVP not enough and what does that mean? with real-life examples.